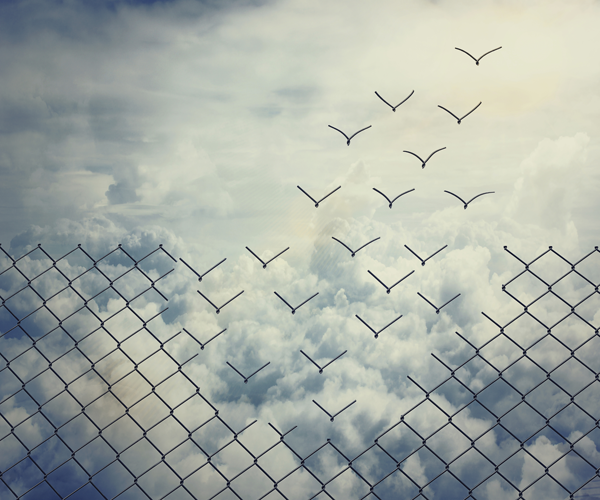 Human behavior, quality in decision-making and leadership are closely connected to the way we look at the world. A person´s subjective experience of reality will guide what he or she considers to be the best way of running the business and develop the organization. Often, it is not until we really stop to reflect that we realize that there are multiple ways of looking at what might be ”the right way”.

Societies, organizations and individuals operate from a mindset guided and to some extent controlled by a system of rules, norms, values and assumptions. For many people their daily experience of the context they live in can appear as the natural order of things. Others complain fiercely about the system without seeing their own part of the problem. And some blame themselves for just about anything that is problematic.

Humanity evolves in stages and so does individuals

Human consciousness determines the arena for our ability to cooperate and handle difficult problems. But the power of consciousness as a driver for human development still seems to be an underrated factor both in societies and in organizational life.

Looking back 50.000-100.000 years it becomes obvious that humanity has undergone several shifts in its way of thinking and understanding the world. In the beginning change was slow but gradually we can see that new paradigms evolve at a higher speed. Each of these paradigm shifts has brought on a new belief-system. It seems that through every major shift human consciousness has evolved and made it possible to organize and handle complexity in more efficient ways and from a new set of values.

The logic of human leadership has shifted e.g. from uncompromised exertion of power, to logic found in rules and hierarchies, to the belief in scientific logic and competitive performance.

What our next belief-system will bring and how it may assist the evolution of society and organizations we cannot know exactly. Experts speculate in this and some say that in parts of the world we are now in the middle of a big shift. It will probably bring another view of performance, control, hierarchies and capacity to cooperate. It also seems that this paradigm will bring more consciousness about and consideration for human needs and resources. Signs of this can be seen in many organizations working for more motivation through empowerment, agility etc.

But there will be no real paradigm shift until a “critical mass” of people have genuinely changed their belief-systems, expanded their consciousness and integrated some of the capacities necessary to act from their new and more advanced mindset.

Einstein said “We cannot solve our problems with the same thinking we used when we created them”. But when a paradigm shift occurs it will help us to handle problems we cannot solve today.

The workings of human consciousness and the human mind can still not be fully explained by science. But it is safe to say that we are dealing with a very complex system. The evolvement of new consciousness is an inner process affecting our complicated belief-systems and our way of regulating our behavior in various types of situations. We can support people in their personal growth process but we cannot force the evolvement of new awareness and values.

In organizational settings, it is common practice that management tries to change ways of working and acting by creating new policies and value systems. But even if the reason for a change seems relevant and can be understood by practically everyone the hard work to apply the new system will often bring more action than change. The old established paradigm still prevails – for leaders as well as employees.

Many organizations today strive to become values driven. But if the prevailing organizational belief system rests firmly on a hierarchical and more controlling paradigm most decisions will be made according to that. This doesn´t necessarily mean that the decision is bad or wrong but a problem arises when it is done without awareness and with little consciousness about the consequences. This is a phenomenon that will not only prevent development but also cause contempt for management and espoused values systems.

Most people are not very aware of how they make decisions, at least not in the moment. We are simply not conscious about the fact that our decisions may support the old belief-system and safe practices. And if we are aware we still might not dare to believe enough in the new system. Even if the new ideas also seem logical in some way and we were part of creating them. So we choose what seems to be the best and most reasonable decision. We just want to do a good job!

Taking your organization to a new level of consciousness

Taking your organization to another level can be about many things but supporting the evolution of consciousness so that you can act from another paradigm may be one of the most important ones.

The need to change people´s mindset is not a new concept when developing organizations but doing so by supporting the evolution of new consciousness is not the most common approach.

To assess what mindset your organization actually operates from could be an interesting process and a part of expanding your awareness and your basis for decision-making.

In our coming newsletters we will reflect on ways of supporting organizational development :

-How to support the development of higher stages of consciousness

-The necessity of both realization and integration

-What does it mean to develop organizations with an integral mindset

If you wish to dive into the subject you can find more information by reading some of the work from e.g. Ken Wilber, Frederic Laloux, Robert Kegan, Bill Torbert, or Susanne Cook-Greuter.